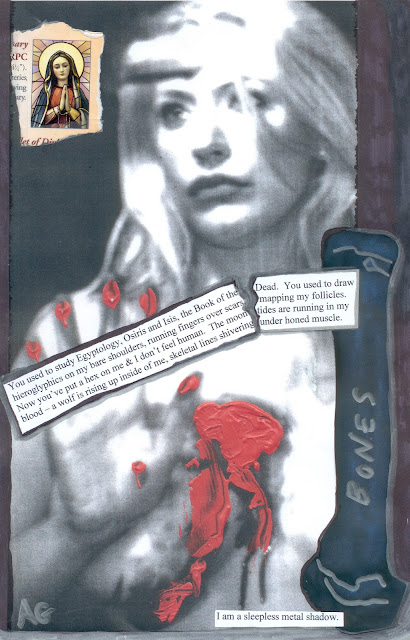 My fingernails are destructive;  I have weeping cuticles.  I’d like to show you what you’ve done.  Naked, would you recognize the taste of my skin, the altered texture?  This is one bad break up.  Night wears heavy upon me, white magnet & I could razor you in half.  I am a sleepless metal shadow.
Posted by Minx at 9:59 AM